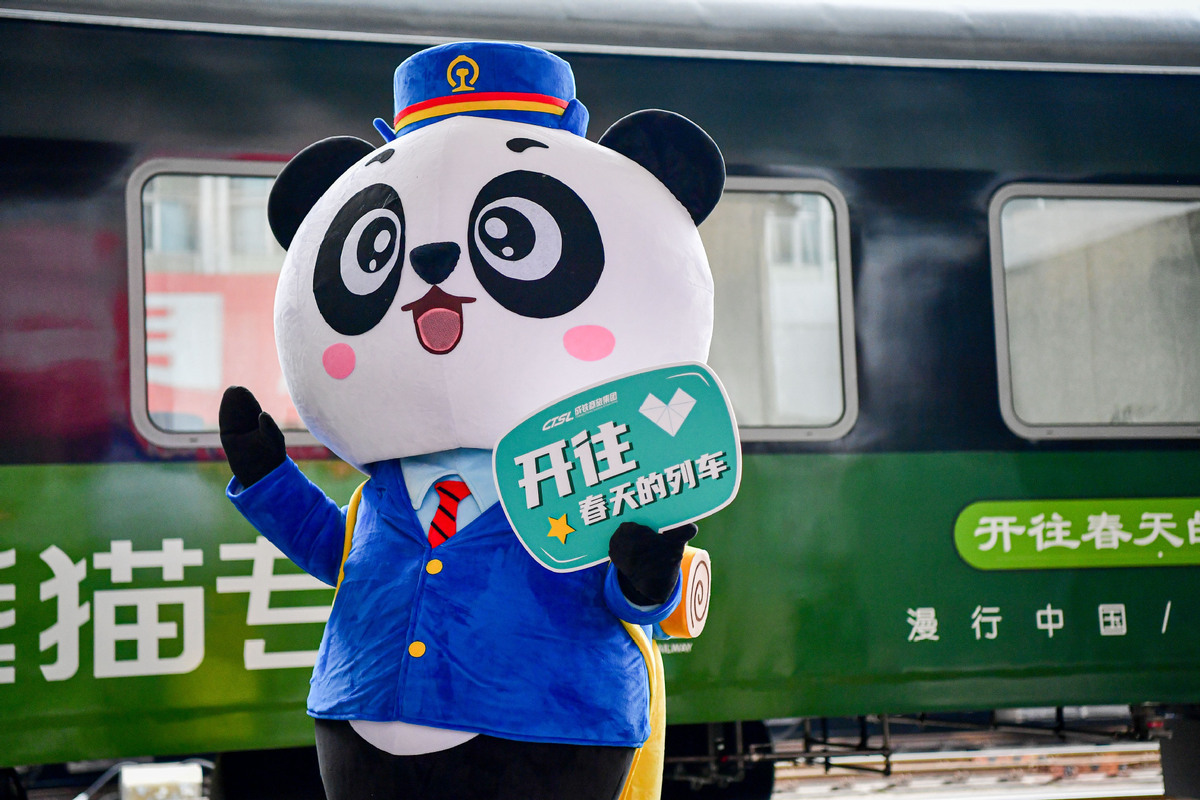 A mascot waves near the "panda train" in Southwest China's Sichuan province, March 24, 2021. China's first panda-themed tourist train, known as the "panda train", started a trial run in Sichuan on Wednesday and will start operation on March 28. [Photo/Xinhua]

Its interior and exterior are decorated with giant panda images, attendants carry panda toys and passengers can even try panda-shaped food.

The train, which doubles as a mobile star-rated hotel, can accommodate 252 passengers. It has a dining room, bar, karaoke room, dance hall and mahjong room. The 12 cars have individual rooms for two or four passengers, and each room has a washroom with a toilet and shower facilities.

The mahjong room might be the biggest attraction for passengers from Sichuan, whose people are known for their fondness of the game. There's an old joke that an airplane passenger bound for Chengdu can sleep soundly, only to be waked by the clicking of mahjong tiles in the city before landing.

In fact, Chengdu is better known for its love of mahjong than its other attractions, such as the giant panda, Sichuan Opera and Sichuan cuisine, according to an online survey conducted by sohu.com two decades ago.

"So it is no surprise passengers will be able to play mahjong on a train leaving from Chengdu," Zhong Jun, from Meishan, Sichuan, said during a trial run of the train on Wednesday.

Zhong Shu, an official from Chengdu Railway International Business Travel Group, said the train may travel to other parts of the country if it proves to be a success.