A few days ago, the Civil Aviation Administration of China (CAAC) issued a "fusing instruction”, suspending the operation of Sichuan Airlines flight 3U8392 from Cairo, Egypt, to Chengdu for one week from July 6, and stated that the number of flights fused should not be used for other routes. This was the second fusing instruction since the release of the notice of CAAC on adjusting international passenger flights.

On June 4, a notice was issued by CAAC on Adjusting International Passenger Flights, which stipulates that if the number of passengers with positive nucleic acid test results reaches five on the same flight route, the flight will be suspended for one week; if the number of passengers reaches 10, the flight will be suspended for four weeks. The suspended flight volume shall not be adjusted for other routes. After the end of the "fusing instruction" period, airlines can resume the weekly flight plan. 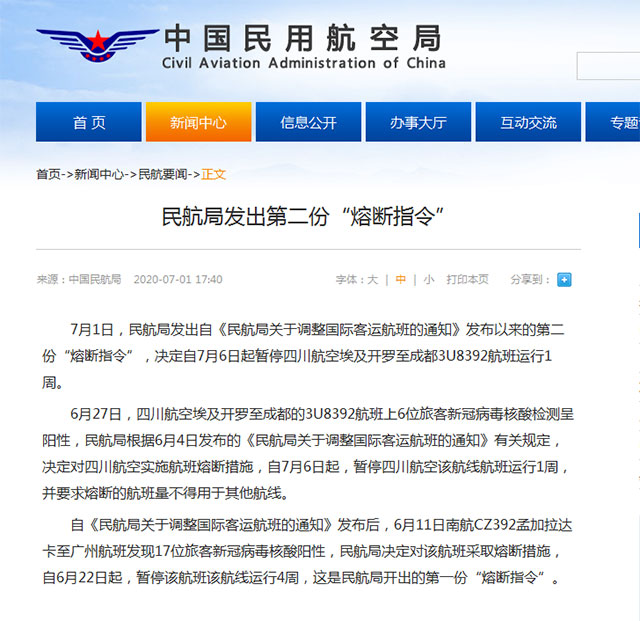 Previously, 17 passengers of China Southern Airlines flight CZ392 from Bengal, Dhaka, to Guangzhou were found to be positive for COVID-19 nucleic acid on June 11, and the civil aviation administration immediately issued the first "fusing instruction" to take measures to fuse the flight, which was halted for four weeks from June 22. On June 27, six passengers of Sichuan Airlines flight 3U8392 from Cairo, Egypt, to Chengdu were tested positive for COVID-19 nucleic acid. The CAAC decided to implement flight fusing measures for Sichuan Airlines. 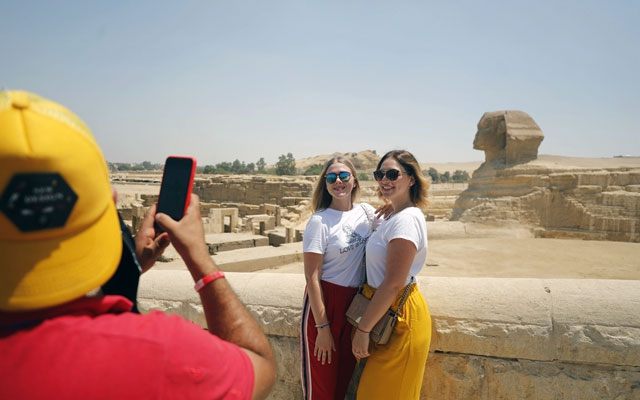 Egypt has recorded the first COVID-19 case in Africa. A COVID-19 confirmed case in Egypt was recently announced on the night of July 1, according to the latest statement issued by the Ministry of Health and Population in Egypt on 15:03 July 1. Also on July 1, after more than three months of closure, Egypt announced the reopening of tourism and international flights. The Egyptian National Museum in Cairo, the pyramidal scenic area of Giza and some scenic spots in Luxor and Aswan, the famous tourist cities in the south, have also been opened to the public with guidelines on strict implementation of epidemic prevention measures.（By Edina Liang）