Chengdu Girl Gets 100,000th Visa to Germany in Chengdu 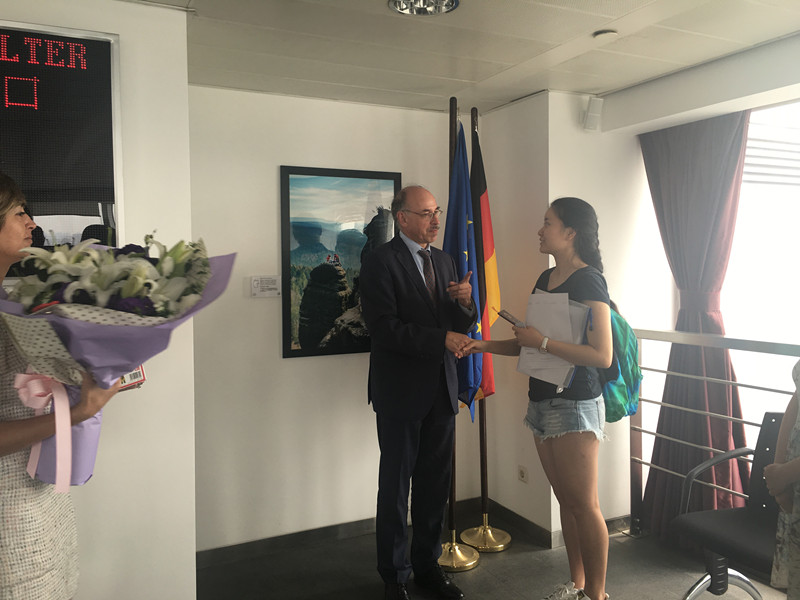 On the afternoon of August 4, Chengdu girl Zou Yejia received her student visa from the German Consul-General in Chengdu Klaus Schmidt.

This is the 100,000th visa issued by the German Consulate-General in Chengdu since it opened its visa application center in 2006.

"I was so surprised to get the visa today. I just submitted my application on July 5. I thought I need to wait for some time to get it. When the consulate-general called me, I felt very worried if there was anything wrong with my application. Unexpectedly, it was a big surprise," said Zou Yejia, who graduated from Sichuan Agricultural University. "I chose to go to Germany for further studies because of its top quality of education and good living environment."

After Mr. Klaus Schmidt returned the passport with the visa to Zou, he expressed his congratulation to her and wished her success in her studies in Germany.

The German Consulate-General in Chengdu opened on December 5, 2004, and started offering visa services on January 18, 2007.