Films shot in or featuring Sichuan 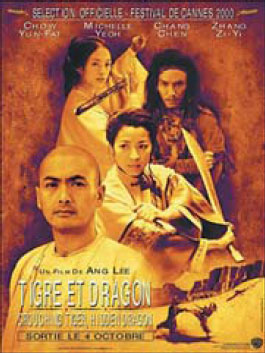 A martial arts film directed by Ang Lee, released in 2000. It was hailed as one of the greatest and most influential foreign language films in the United States. The film featured an international cast of Chinese actors, including Chow Yun-fat, Michelle Yeoh and Zhang Ziyi. Part of the film was shot at Shunan Bamboo-sea in Yibin, Sichuan province.

A 2002 Chinese martial arts film directed by Zhang Yimou. The film is based on the story of Jing Ke's assassination attempt on the King of Qin in 227 BC. Part of the film was shot at Jiuzhai Valley in Sichuan.