BEIJING, May 5 (Xinhua) -- The world in the past 24hrs. A selection of the best daily press photos from Xinhua. 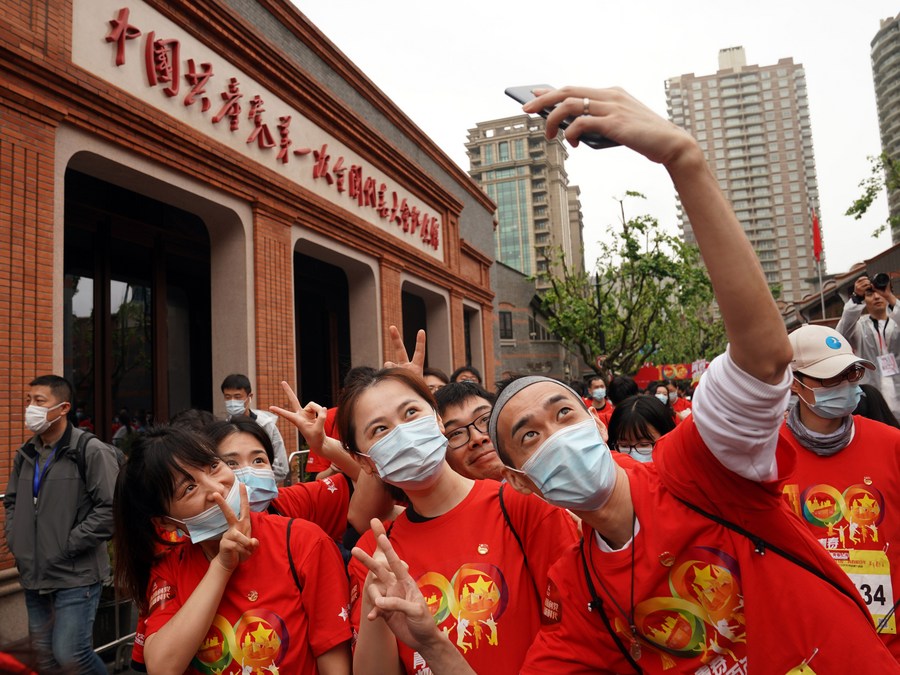 Young people pose for photos at the memorial hall of the site of the first National Congress of the Communist Party of China (CPC) in Shanghai, east China, May 4, 2021. A "May Fourth" themed event was held to celebrate the 100th anniversary of the founding of the CPC Tuesday. (Xinhua/Liu Ying) 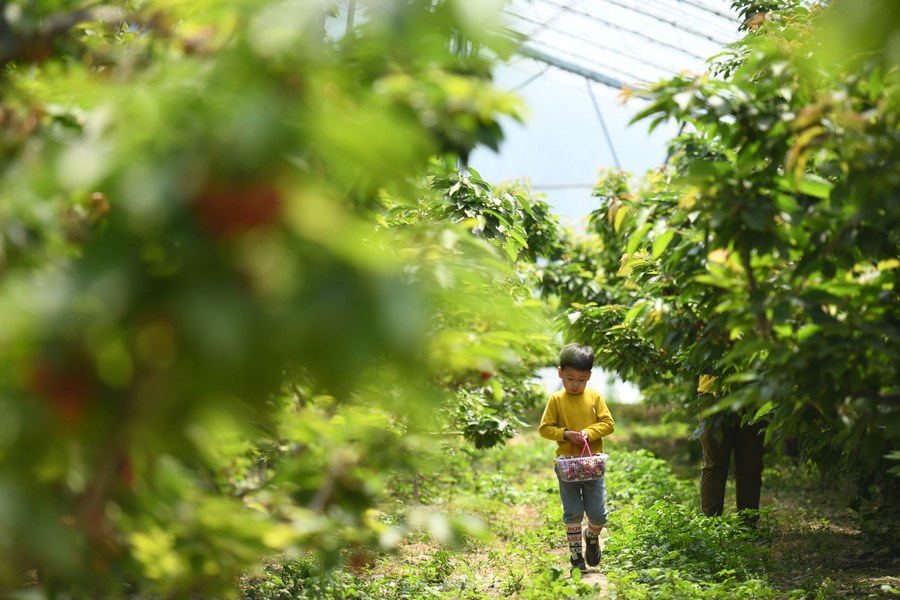 Tourists enjoy themselves at Fengxiang Lake Children's Park in Bishan District, southwest China's Chongqing, May 4, 2021. (Photo by You Qing/Xinhua) 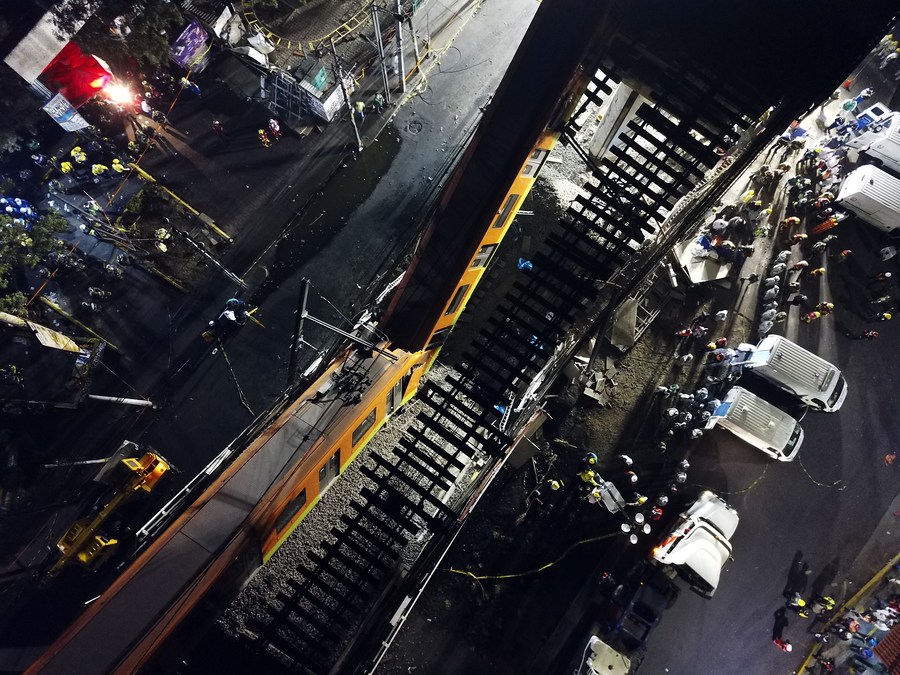 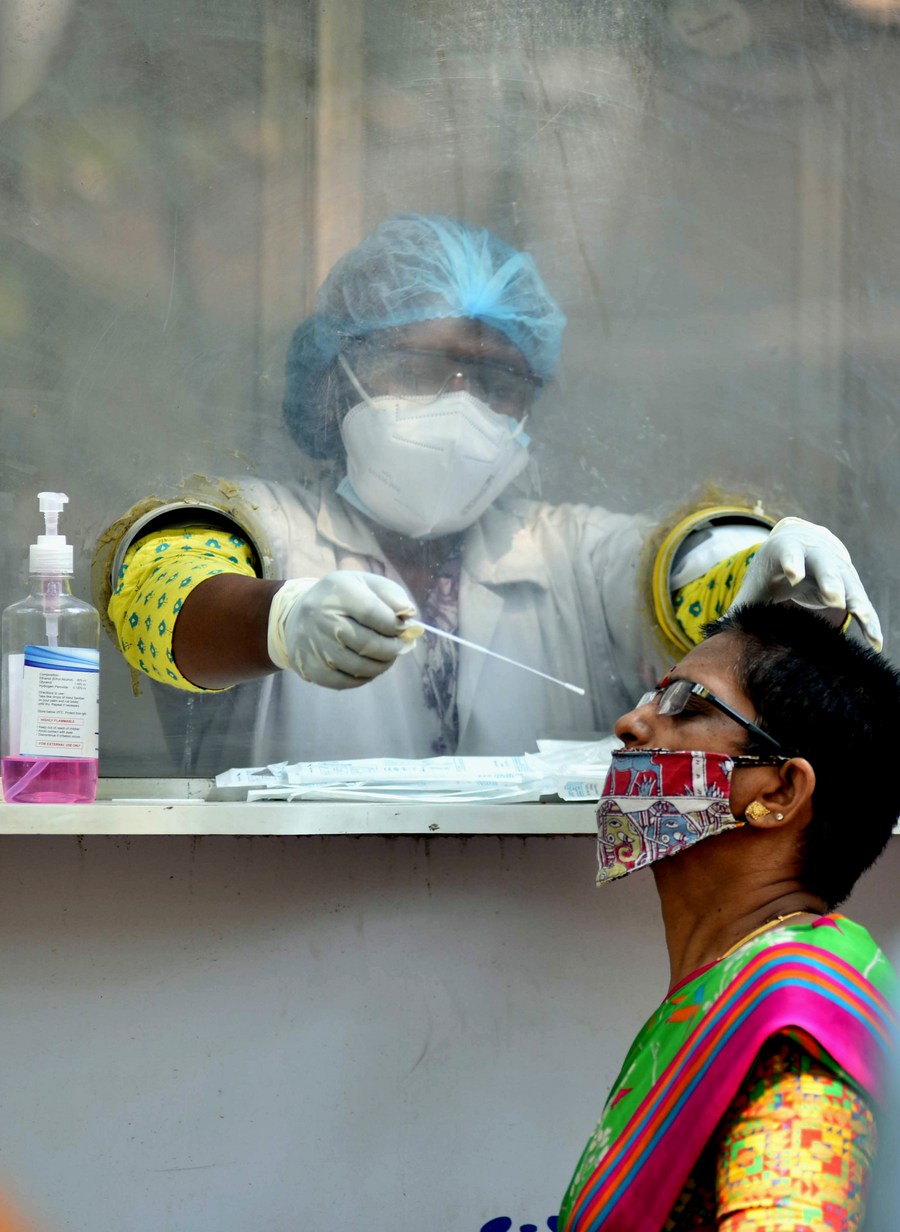 A health worker collects nasal swab sample from a woman for COVID-19 test in Hyderabad, India, May 3, 2021. India's COVID-19 tally reached 20,665,148 on Wednesday with as many as 382,315 new cases registered during the past 24 hours, confirmed the federal health ministry. (Xinhua) 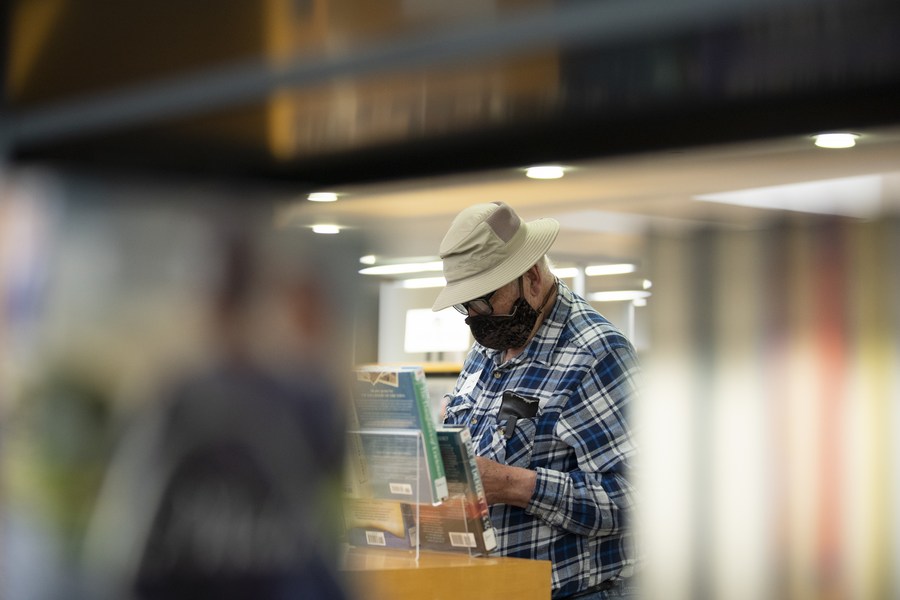 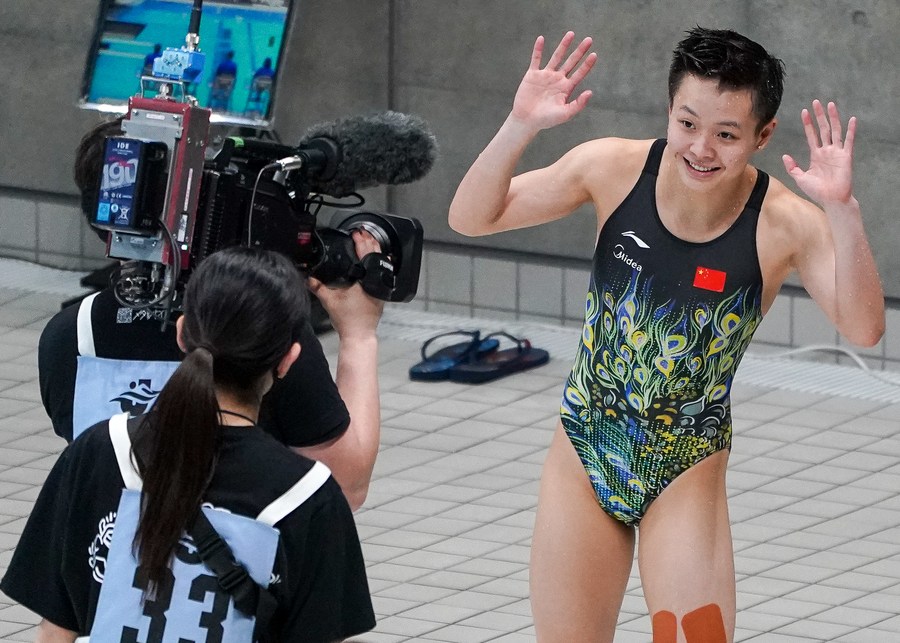 Chen Yiwen (R) of China gestures in front of the camera after winning the women's 3m springboard final at the FINA Diving World Cup 2021 in Tokyo, Japan on May 4, 2021. (Photo by Christopher Jue/Xinhua)