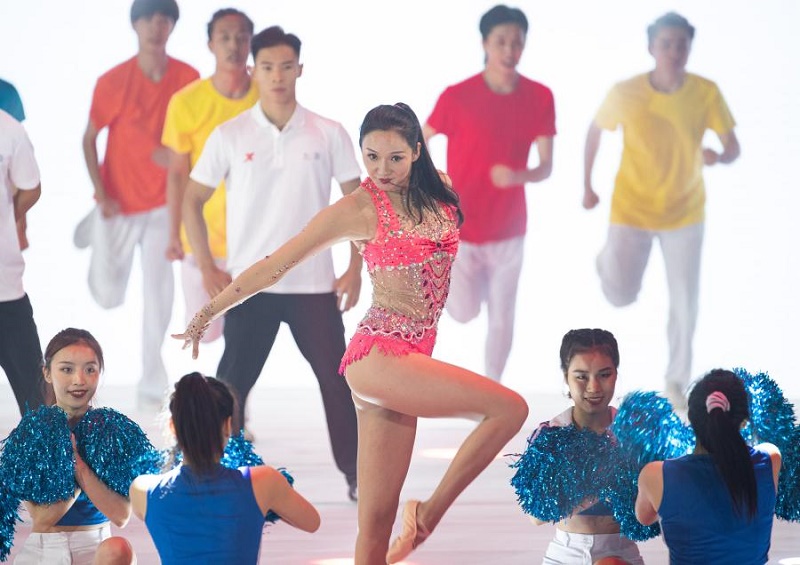 China's collegiate sports federation is embracing the one-year postponement of the 2021 World University Games, despite facing extra costs due to the pandemic-enforced decision.

Nearly four months out from its original opening date of Aug 18, the Universiade was pushed back for a year last week by the International University Sports Federation (FISU) due to concerns over the COVID-19 pandemic-a disappointing turn of events for host city Chengdu, Sichuan province, where preparatory work was already approaching the final stage.

The Federation of University Sports of China, though, has welcomed the move as a tough yet responsible decision at a time when the pandemic is still wreaking havoc around the world.

"It was a prudent decision, respecting the demands and opinions of the majority of FISU members and with all participants' health as a top priority," Shen Zhen, a vice-president of FUSC, told China Central Television on Saturday.

"As a responsible host, we support the decision to postpone the event for a year, despite the additional organizational cost, rather than canceling it altogether," said Shen, who was also elected a FISU vice-president in November 2019.

Originally scheduled from Aug 18-29, the 31st Summer Universiade was expected to welcome about 11,000 student athletes and team officials from over 100 FISU member associations to compete in 269 medal events across 18 sports at 49 newly built and existing venues in Chengdu.

Due to restrictions on international travel and limited access to training facilities caused by the pandemic, 95 percent of FISU member associations were in favor of a postponement during an online meeting in February, prompting the governing body to approve the decision at an executive board meeting in March, according to Shen.

The event's official name and logo containing "2021" will be retained, according to an FISU statement, while Shen revealed that the rescheduled dates could be agreed upon in May.

"The prolonged waiting means we will have a longer period to fine-tune preparatory work, run more venue tests and build a more competitive delegation," he said.

Chengdu won the rights to host the biennial event in March 2019, giving it two years to prepare. The last Chinese mainland city to host the event was Shenzhen, Guangdong province in 2011 after a winning bid in January 2007 afforded it four and a half years' preparation time.

According to Chengdu's plan, all the venues needed for the Games were supposed to be ready by the end of this month. By February, the local organizing committee's volunteer recruitment had received over 690,000 registrants.

As the first international multi-sports event to take place in Southwest China, local organizers expect the Games to help promote greater sports participation in the region as well as the city's image as a destination for world-class sporting events.

Student-athletes that come east for the event should expect a feast of food, sports and culture that will reverberate well beyond the field of play, according to the FISU.

"Twenty percent of the world's university students are in China, and the national university sports federation has a clear and proven capability of holding student sports events of the very highest quality, even at relatively short notice," said FISU president Oleg Matytsin.

"We have no doubt that Chengdu 2021 will prove to be an exceptional World University Games host that will make a lasting and very positive impression both on the participants and on the city itself."(SUN XIAOCHEN)