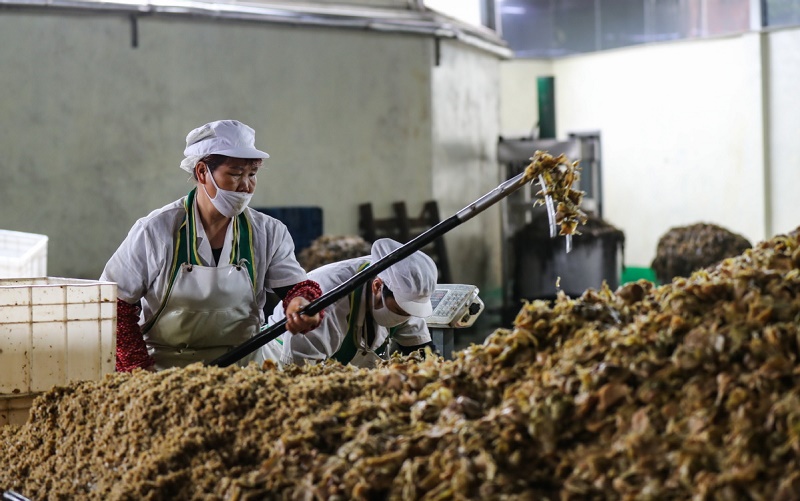 Sales are surging thanks to the geographical indication agreement between China and the European Union. The deal, which took effect on March 1, covers 100 GIs from each side, including wines, teas and agricultural produce such as yacai.

A GI shows a product has a specific geographical origin and possesses qualities or a reputation derived from that origin. It can be seen as a quality guarantee that distinguishes it from competitors.

"Our company's foreign markets were previously in the United States, Japan and some Southeast Asian countries. Since the genuine Chinese plant was listed among the Chinese GI products recognized by the EU, we have received more orders from Europe," said Zhang, who estimated his company's sales in the European market could grow rapidly this year.

The largest category on the list is tea, with 28 landmark products from 11 Chinese provincial-level regions, accounting for 28 percent of the total protected products.

GIs have proved to be a useful marketing tool. A study by the EU Commission in 2013 found a GI product sells on average for more than double the price of a similar non-GI product.

The deal is seen as a win-win for both parties. It will help EU consumers discover high-quality and genuine Chinese products, and meet the cosmopolitan tastes of China's growing middle class, who are willing to pay a little more to sample new flavors from Europe.