In the middle of July, temperatures in low altitude areas fall by more than half. Shiqu County, Ganzi Prefecture, Sichuan Province, with an average altitude of more than 4,000 meters, welcomes spring. The entire Shiqu plateau is full of green grass, colorful flowers cover the earth, and the fragrance of flowers is carried by the green grass. All living things seem to have renewed energy. 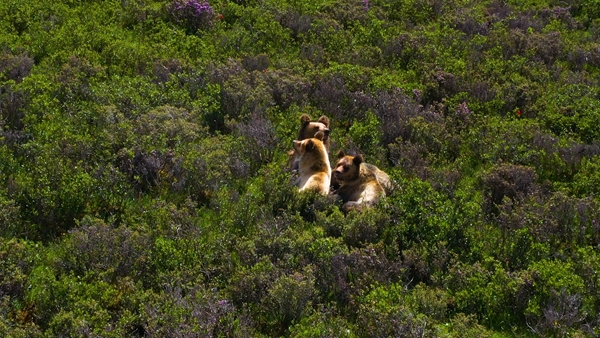 On July 13, a netizen accidentally captured a family of four charming brown bears on a hillside near Mengge Village, Mengyi Town, Shiqu County. At that time, mother bear was basking in the sun, feeding breast milk to the three cubs. With their tummies full, the family of four slowly walked deeper into the mountain. It was as if the mother bear took the baby bear out for a spring outing to enjoy the beautiful scenery. 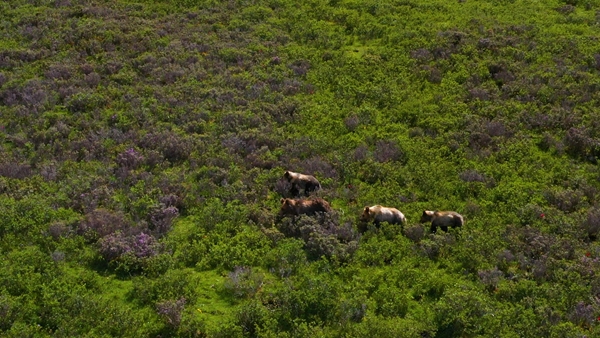 Shiqu County is located in the junction of Sichuan, Qinghai and Tibet. It is an important ecological protection area in the upper reaches of the Yangtze River. There are many plateau lakes and abundant wetlands full of water and grass. “It’s instances like spotting a snow leopard thrice to witnessing a large population of white-lipped deer, black necked Crane frolicking by the lake, and this brown bear feeding its cubs in Shiqu that show that the ecological environment on which human and various wild animals depend on sustenance has greatly improved and that the concept of harmonious coexistence between man and nature is deeply rooted in the hearts of the people,” Shiqu County governor Luo Lin said.

By the end of 2019, the forest cover in Sichuan reached 39.6%, the forest volume touched 1.897 billion cubic meters and the grassland comprehensive vegetation coverage reached 85.6%.(By Edina Liang)