On April 7, a giant panda was spotted relishing a bamboo in the bamboo forest during the giant panda grid monitoring operation in the Motianling area of Tangjiahe National Nature Reserve, Guangyuan City, Sichuan Province. The staff approached the animal slowly but swiftly to record the precious image.

At first, the giant panda — caught while enjoying his food — stared at the staff. And then he let out a mighty roar, as if to say that it was his turf and they were the ones trespassing.

The place where the wild giant panda was found is about 2,300 meters above sea level. It’s a mixed coniferous and broad-leaved forest in Qingchuan, with a large number of arrow bamboo distributed in Qingchuan. The staff said they were taken aback as they had never seen such a huge giant panda in the wild, weighing at least a 100 kg. In the subsequent monitoring survey, feces identified as belonging to three different giant pandas was found in the area. 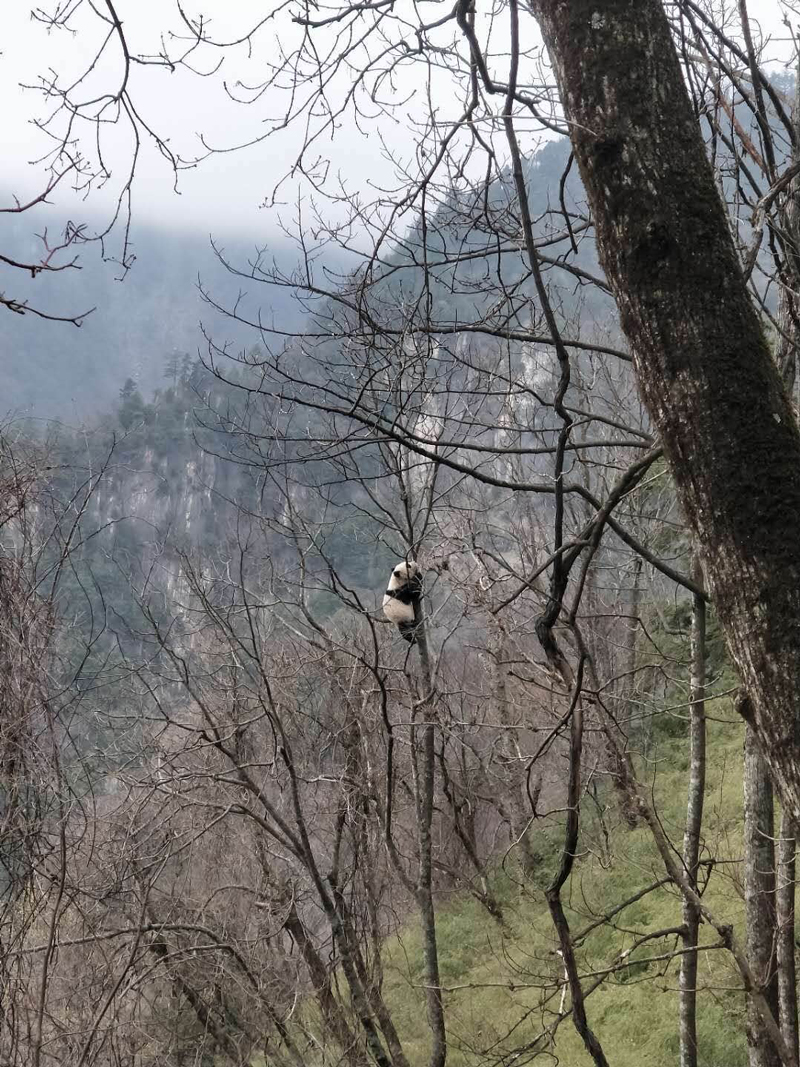 A wild giant panda on a tree

On April 8, staff of Baiguoping protection station of Tangjiahe National Nature Reserve found two more giant pandas in Zhichanggou (2,240 meters above sea level) in the Motianling area. After observation, it was preliminarily determined that they were mother and child. The cub rested on the trees in the bamboo forest while the mother guarded it on the ground.Unfortunately, the two giant pandas could not be photographed in the same frame because of the flourishing growth of arrow bamboo. Subsequently, the staff collected samples of nearby fresh giant panda feces for further DNA detection. 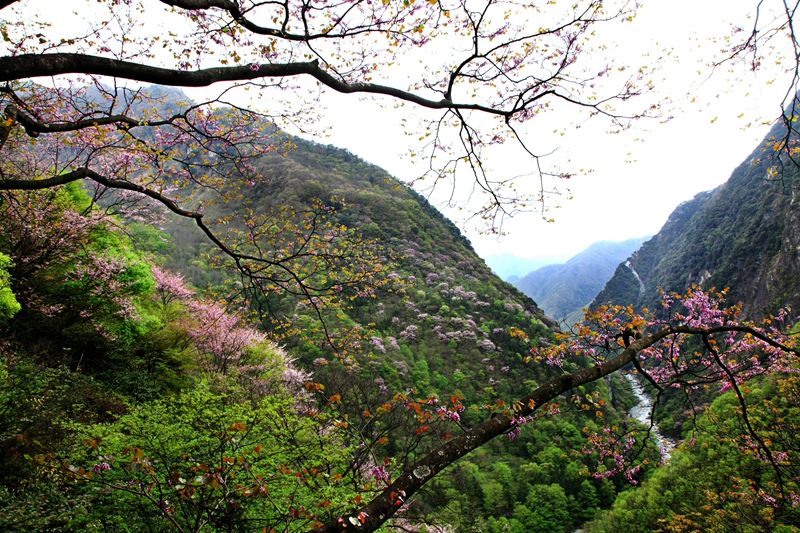