Located in Cangxi County, Guangyuan City in Sichuan Province, Tingzikou Water Conservancy Project is so far the largest single investment in Guangyuan City. It is also the only backbone water-control project on the mainstream of Jialing River which is key to the development of west China and a crucial irrigation project in Sichuan that is expected to be the ‘second”’ Dujiangyan Irrigation System. 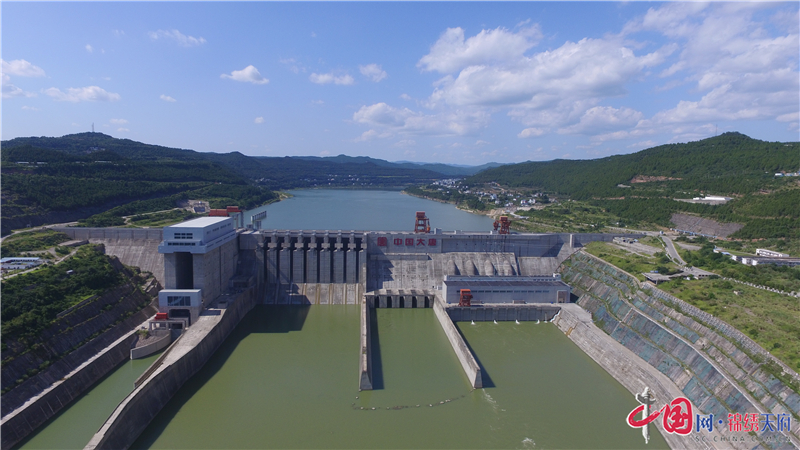 An aerial photo of the Datang Tingzikou Water Conservancy Project
“Tingzikou Water Conservancy Project should be a project that improves people’s wellbeing, demonstrates innovations in hydropower, increases local people’s income, breaks even and eventually achieves profitability.” This is the expectation of the National Development and Reform Commission, the Ministry of Water Resources and the government of Sichuan for the project. Since the project started on November 25, 2009, the Tingzikou subsidiary of China Datang Corporation Ltd. has made it the company’s priority to ensure the project promotes public welfare. It has done its best to construct, operate and develop the project, thereby contributing to the improvement of people’s wellbeing in the old revolutionary base areas of northeast Sichuan.
Flood control

The only backbone water-control project on the mainstream of Jialing River and one of the State Council-endorsed six flood control reservoir projects in Yangtze River’s flood system, helps prevent local residents from floods that wreak havoc. Shortly after the project was started, its flood control effect became obvious.

A floodgate of the Datang Tingzikou Water Conservancy Project
On July 23, 2010, in the second-phase of the project, its cofferdam effectively held back the flood peak that occurs once in two decades. On July 2, 2013, less than a month after the project closed its sluice gate and began to store water, in order to halt floods, the project discharged floodwater at 4,000-6,000 cubic meters per second, thus protecting downstream farmlands. The team which conducted this operation won the title of “Advanced Flood Control Collective” of Sichuan. 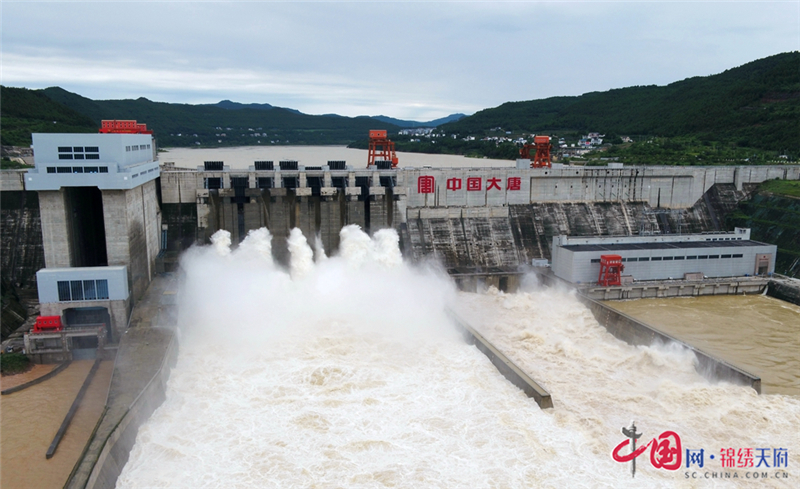 Flood discharge at the Tingzikou Water Conservancy Project on July 11, 2018 (Photo by Liu Hui)
On July 11, 2018, the largest flooding since 1949 occurred on the mainstream of Jialing River at a flood peak discharge of 25,130 cubic meters per second. The project opened all of its eight surface hole arc gates as well as three bottom outlets for the first time to discharge water at 16,000 cubic meters per second. During the operation, a total of 810 million cubic meters of floodwater was discharged with a peak-clipping rate of 36 percent, or 9,130 cubic meters per second. Thanks to the project, the probability of devastating floods has reduced, significantly easing the flood control pressure of downstream cities. And over one million downstream residents who were to be relocated because of the flood no longer had to. Therefore, the project made great contributions in the fight against this No. 2 flood peak of the Yangtze River in 2018.
Power generation
On August 9 and 29, 2013, the project’s No.1 and No. 2 power generating units were put into operation five and eight months ahead of schedule respectively. It also marked the first time two generating units were put into use one after another within a month.

The power generator floor of the Tingzikou Water Conservancy Project
On May 1, 2014, after completing a 72-hour trial operation, the No. 4 and also the last of the project’s power generating units, was put into operation, four months ahead of time. The project led nationally for its strict safety control, good construction quality, early operation and comprehensive benefits.
Over the past few years, the Tingzikou has brought into full play its advantage in clean power generation, and played a crucial role in the development of a green, ecological corridor along the Yangtze River. It has pushed forward the coordination among the reservoirs (Bikou, Baozhusi and Tingzikou) on the middle and upper stretches of the Jialing River, and due to greater coordination, accumulated power generation has reached nearly 17 billion kwh, equivalent to that generated by 6.8 million tons of standard coal. It has successful reduced the sand and sludge going downstream, thus prolonging the life of downstream power stations and the Three Gorges Dam. It has also, by tapping the cascade effects of power stations, increased the guaranteed megawatt output of the 15 downstream hydropower stations by 188MW and their average power generation per year by 450 million kwh.
Shipping
On June 29 this year, the 1-billion-yuan Tingzikou Shiplift was officiated. Its ship reception chamber can allow the passage of two 500-ton ships at the same time. At present, it is the largest vertical ship lift with steel wire winding in China.

Jialing River has been a golden south-north waterway since ancient times. With the operation of the Tingzikou Shiplift, the 14 cascade ship locks and their supporting facilities along the Sichuan section of the Jialing River has become a water passage out of Sichuan, all the way from Guangyuan, Nanchong, Guang’an to Chongqing. Annual throughput is expected to reach 40 million tons.

As one of the canalization works of the Jialing River, the Tingzikou Water Conservancy Project also includes the construction of a 150-kilometer-long shipping course in the reservoir area. Once grade-7 and grade-6 and only for ships of scores of tons, the course is now grade-4, a high grade nationally, allowing the passage of 500-ton and 1000-ton ships. 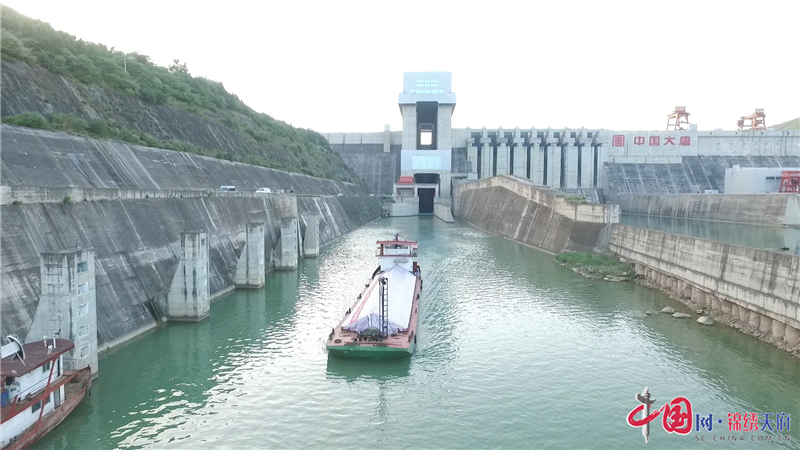 On June 29, 2019, the 500-ton Fengshun 666 and Yufemg 379 left the Datang Tingzikou Shiplift one after another
The operation of the Tingzikou Shiplife is good news for transport. According to Sichuan’s transport authorities, the cost of water transport is 46 percent that of railway transport and 23 percent of road transport. After including the loading and unloading cost at ports, the cost of water transport per ton of cargo is still 80-120 yuan less than that of road transport and 20-40 yuan less than that of railway transport. Now, the Jialing River, canalized throughout, has become a major low-cost cargo passage linking Shaanxi and Gansu with northeast Sichuan.

Tingzikou Reservoir, with the highest level-I water quality, has long been a major source of tap water for Cangxi County, Guangyuan City, benefiting the 200,000 people living in the county seat and suburban areas by providing them with safe drinking water and water for emergency use. 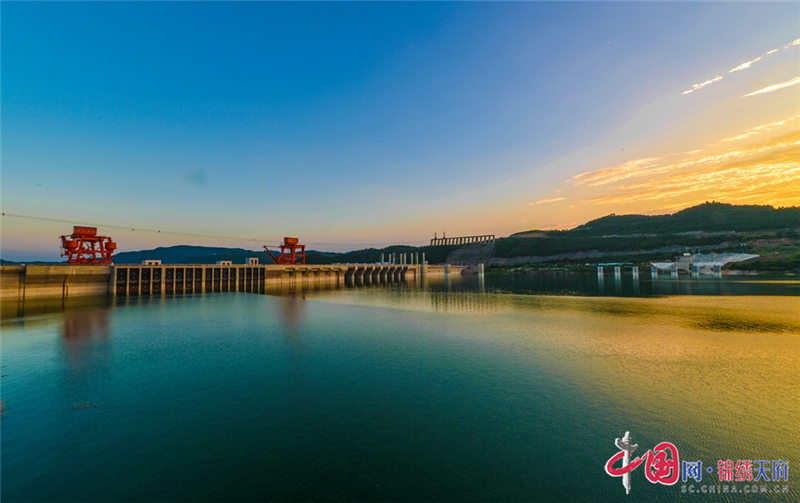 Datang Tingzikou Water Conservancy Project glows as the sun sets
In terms of irrigation, an irrigation work is being built, and upon completion, it will channel water from the Tingzikou Reservoir to irrigate farm lands in 12 counties, cities and districts administered by Nanchong, Guang’an, Dazhou and Guangyuan, namely Gaoping, Jialing, Langzhong, Nanbu, Yilong, Yingshan, Peng’an, Guang’an, Yuechi, Wusheng, Caoxi and Quxiao. The annual water supply capacity is expected to reach 1.26 billion cubic meters. 194,666 hectares of farm land and 2.2 million people will benefit from the irrigation work.

Measures to build a “Green Tingzikou” has yielded remarkable ecological, social and economic benefits both in the dam area and the resettlement area. Tingzi Lake has become clearer and the natural environment in the project area has improved noticeably. Aquatic organism resources have been replenished. The living and working environment in the project area has seen marked improvement. Valuable resources for developing an ecological economy have been formed.
The dam area and the Tingzi Lake have gradually become major scenic areas in Guangyuan and even in north Sichuan. A fish industry based on the Tingzikou Fish Breeding and Release Station has become a major part of Guangyuan’s ecology economy. With the protection of the environment, the Tingzikou project has found a way to avoid damaging the ecological environment and achieve sustainable development. 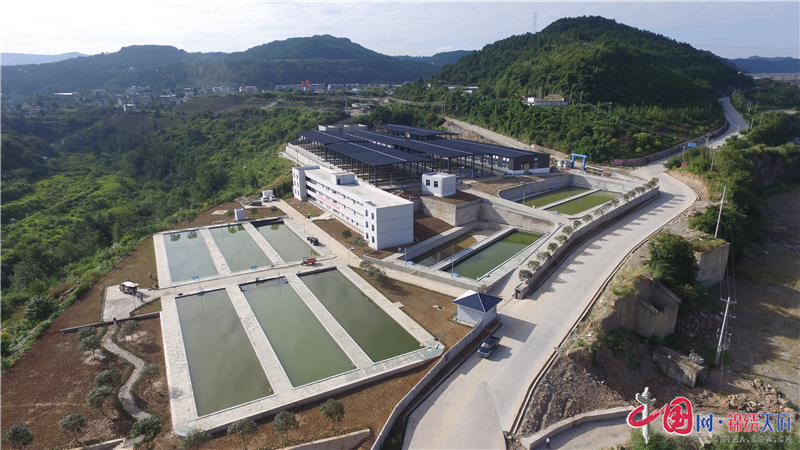 On August 30, 2017, Tingzikou Fish Breeding and Release Station passed the pre-operation test.
Over the past five years, the Tingzikou Company has released 2 million fish fries into the Jialing River. On August 1, 2017, the Tingzikou Fish Breeding and Release Station released more than 1.2 million independently bred fish fries ahead of time. The station, breeding 450,000 fish fries per year, will continue to play its part in maintaining the diversity of aquatic organisms and improving the ecological environment of water bodies.(Associated images：He Yongdong, Huang Weisheng, Datang Tingzikou subsidiary)
广告 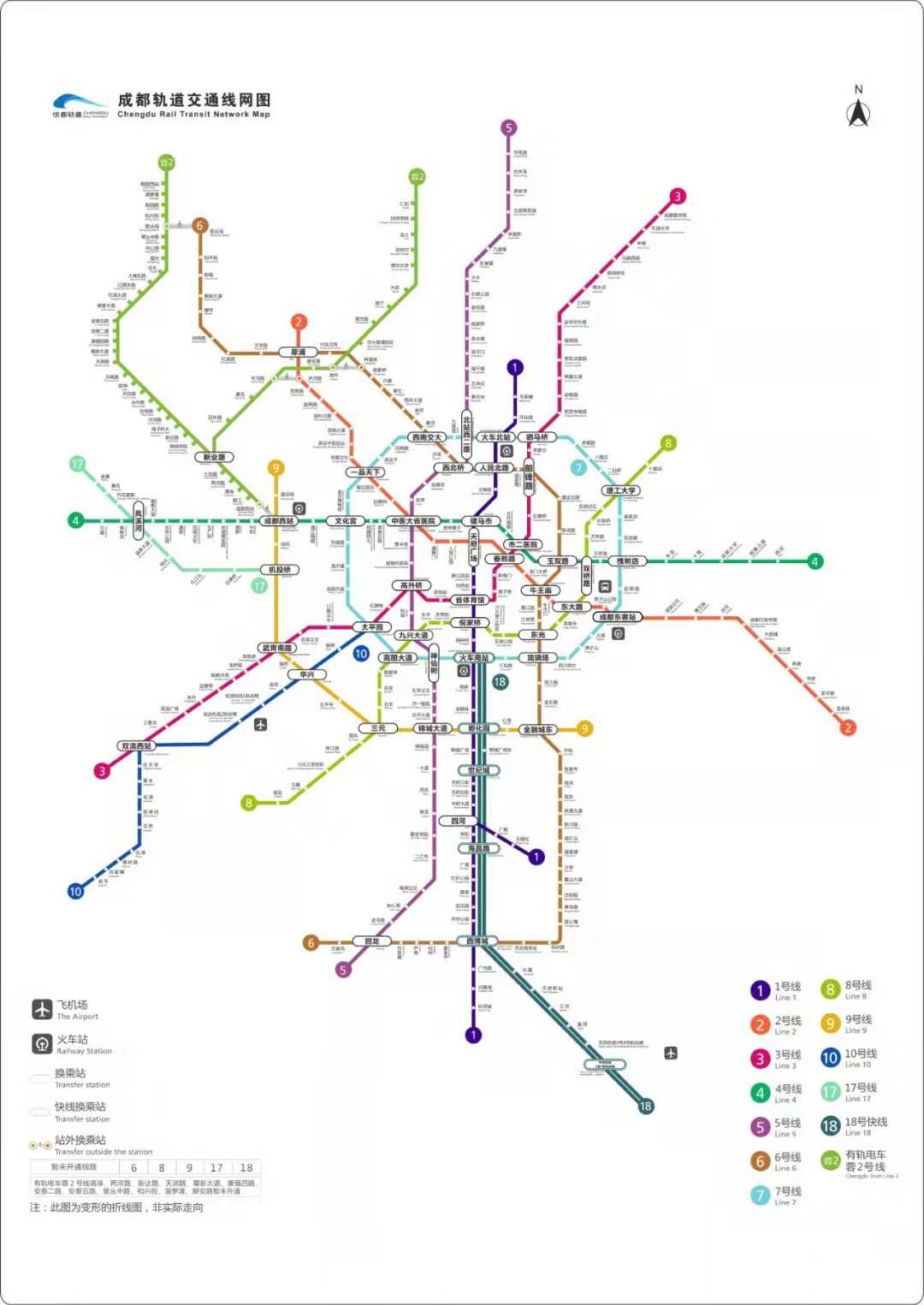 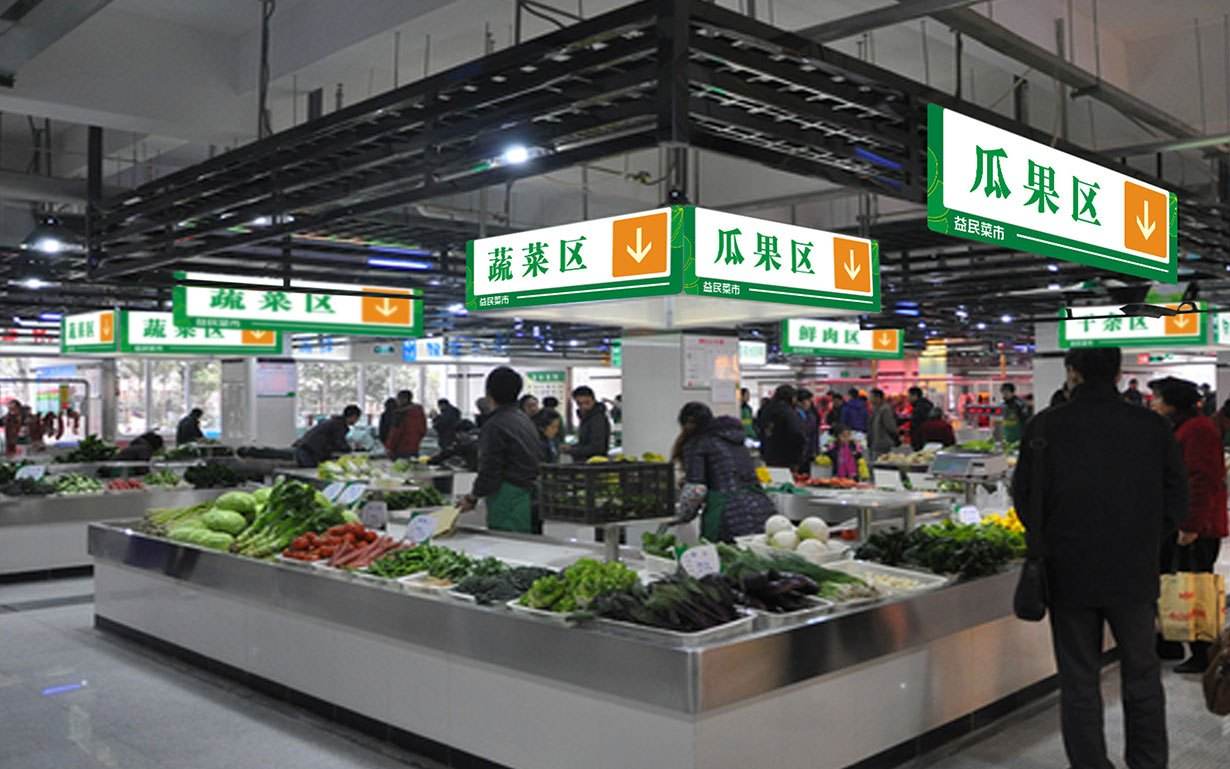