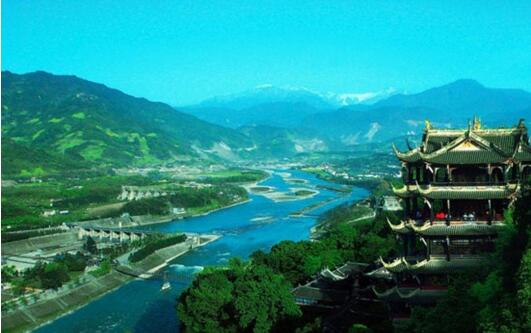 One of the most influential events to be held in Chengdu this year will be the third G20 Finance Ministers and Central Bank Governors Meeting to be convened on July 23-24.

The city will host around 520 large-scale conventions and exhibitions this year, among which 20 percent are international events. The city's revenue from these events is expected to hit 77.92 billion yuan ($12 billion) this year, up 10 percent year-on-year.

"Chengdu has become one of the top destinations for international events in China in recent years, after Beijing, Shanghai and Guangzhou," said a spokesman for the Chengdu Municipal Bureau of Exposition.

In the past five years, Chengdu introduced more than 10 new international conventions per year on average. The events include the Fortune Global Forum 2013, the 12th World Chinese Entrepreneurs Convention, the 9th World Biomaterials Congress, and the Airport Cities Asia Pacific Conference and Exhibition 2015.

International exhibition companies such as Reed Exhibitions and UBM Group from Britain, Messe Frankfurt and Koelnmesse from Germany, and Singapore Exhibition Services have organized events in the city.

Katie Bland, director of routes for UBM, organizer of the 22nd World Route Development Forum, which will be held in Chengdu in September, said that Chengdu has been attracting global interest with its huge market potential and development opportunities, and this contributed to the city being awarded the event.

"Chengdu is highly accessible via the Chengdu Shuangliu International Airport, and the city provides a perfect platform for the 2016 event," she said.

Chengdu is also expecting more international events under its strategic partnership with the UBM Group.

"Our goal is to work closely together with Chengdu to determine the best types of exhibition and resources from both parties to build world class leading exhibition events," said Philip Chapnick, group chief representative of UBM China.

The International Congress and Convention Association (ICCA) accepted the Chengdu Municipal Bureau of Exposition as a member in May 2013.

In January 2014, the bureau signed a framework agreement with the International Association of Exhibitions and Events(IAEE), the world's largest exhibition industry association, to become one of its members.

After the new exhibition city is completed in August, Chengdu will have two large-scale exhibition centers with the largest exhibition area among all such facilities in Western China.

The city is also upgrading its service system for international conventions and exhibitions.