--China issued a master plan on Wednesday for the construction of the Chengdu-Chongqing economic circle,demonstrating its determination to foster a key growth pole in western China.

CHENGDU/CHONGQING,Oct.21(Xinhua)--China issued a master plan on Wednesday for the construction of the Chengdu-Chongqing economic circle,demonstrating its determination to foster a key growth pole in western China.

The plan aims to turn the Chengdu-Chongqing area into an economic circle with its own strengths and distinctive features,as well as a new driver and an important growth engine of the country's high-quality development,according to the document.

"China's western region is the domestic market with the most potential.Only by activating this market of about 400 million people and promoting the rise of the western region can high-quality development be promoted across the country,"said Tang Jiqiang,an expert with the Southwestern University of Finance and Economics.

"Developed transportation system is an important symbol of a world-class metropolitan area.It will also be the key to building the Chengdu-Chongqing economic circle,"said Tang. 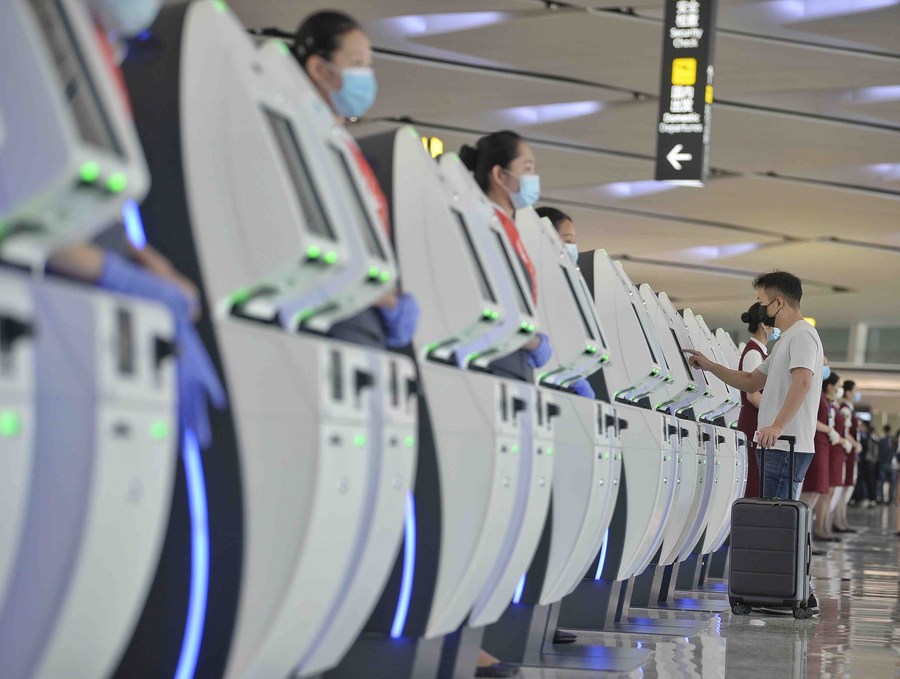 The intended reach of the inland Chengdu-Chongqing economic circle is not limited to China.By 2035,the economic circle will become an active growth pole and a powerful driver with international influence,the plan says.

As a new land-sea passage,China's southwest has a unique geographical advantage that helps it better connect with Europe,Southeast Asia and South Asia.

So far,the New International Land-Sea Trade Corridor,with Chongqing and Chengdu being the key operation centers,has expanded its reach to more than 300 ports worldwide.

The corridor is a trade and logistics passage jointly built by Singapore and provincial-level regions of western China.

The freight service became a lifeline to help stabilize the global trade supply chain last year when sea and air transport was severely disrupted amidst the COVID-19 pandemic.

"With the help of the China-Europe freight-train service and the new international land-sea trade corridor,the Chengdu-Chongqing region will grow into a major supply chain hub for the Belt and Road countries and regions,"said Tang. 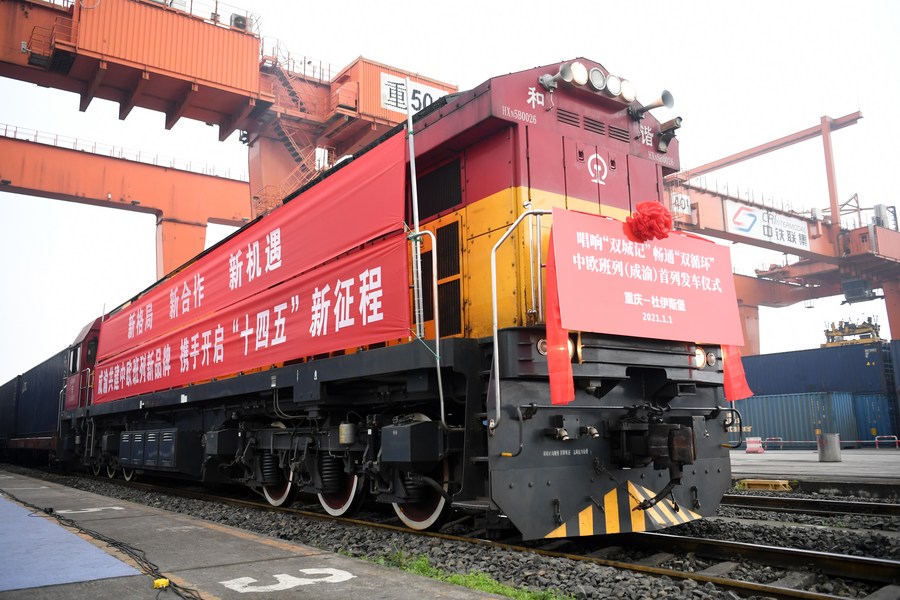 A China-Europe freight train bound for Duisburg of Germany prepares for departure at Tuanjiecun Station in Chongqing,Jan.1,2021.(Xinhua/Tang Yi)

Liu Zimin,a professor at Southwest University,said the building of a new engine for regional development and a highland for opening-up in the southwest is a reflection of China's new opening-up pattern,which features the interconnection of the land and sea,and mutual support between the east and west.

The potentiality of this area of China is still to be discovered,the launch of the Chengdu-Chongqing economic circle opens up many more opportunities,said Massimo Bagnasco,vice president of the European Union Chamber of Commerce in China Executive Committee(EUCCC)and chair of the EUCCC's Southwest China Chapter Board.