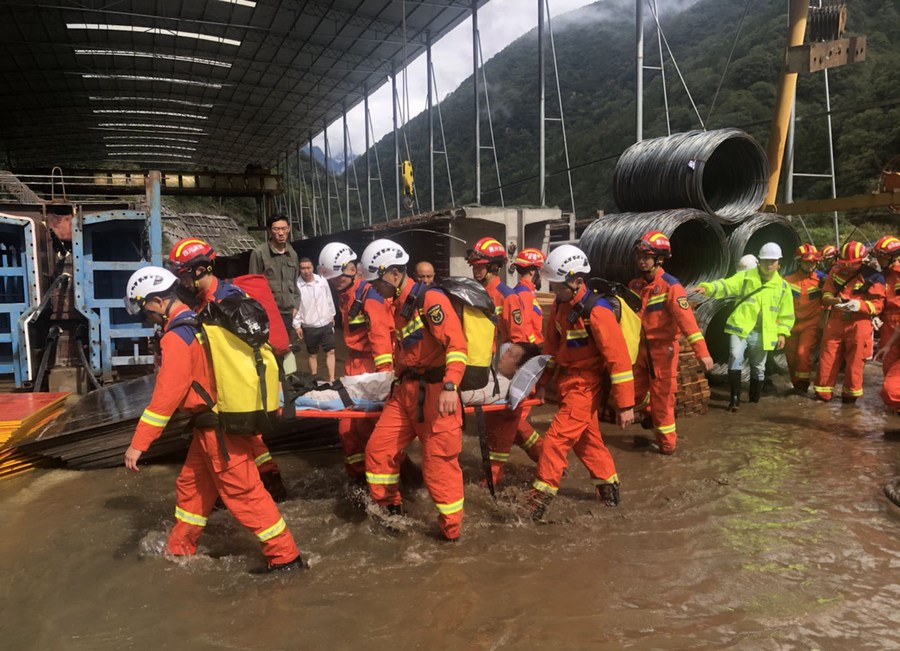 CHENGDU,Sept.27(Xinhua)--Seven people were killed,and seven others remain missing after a rain-triggered mudslide occurred in Tianquan County in southwest China's Sichuan Province,local authorities said Monday.
The mudslide,which took place in the early hours of Sunday at Labahe Township,led to 17 people missing at a local construction site.
As of 7 p.m.Monday,ten people have been found,with one unscathed,two suffering light injuries,and seven deaths,the rescue headquarters said.
On Monday,over 140 professional staff were sent to clear the debris caused by the mudslide and detect signs of life among it.Another 400 people went in search of the missing along a nearby river.
The rescue efforts are still underway.