Sichuan fire department at the forefront of flood rescue 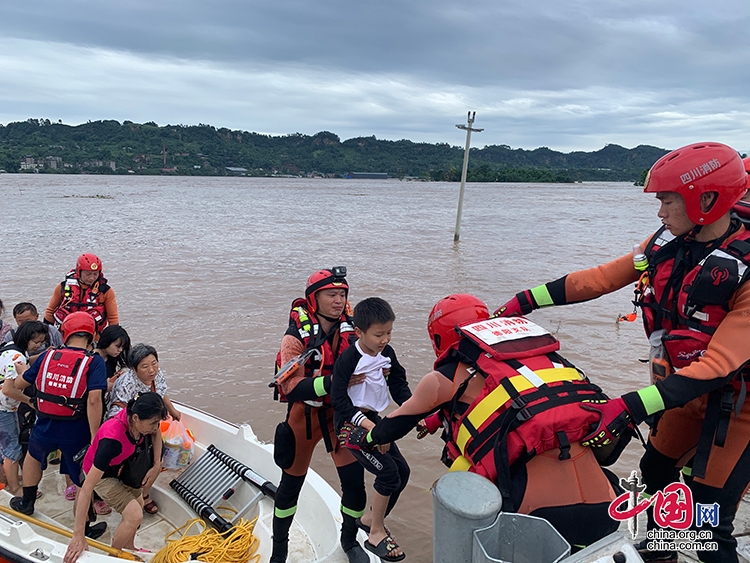 On August 18, Deyang fire rescue came to the aid of trapped elderly and children. 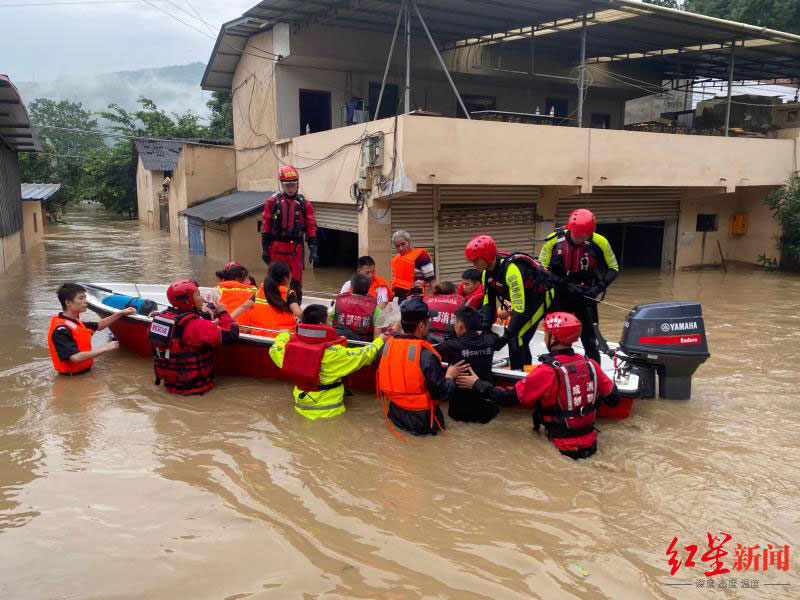 On August 17, the flood peak passed through Jintang and the fire fighters transferred those who were trapped. (Red Star News)

On August 17, there was heavy rain in Jintang County of Chengdu City. Floods occurred in many places in Jintang County, with the peak flow of more than 8,100 cubic meters per second. Sichuan fire rescue mobilized Chengdu, Suining, Ziyang and training and protection detachment units, with a total of 44 assault boats and 437 fire rescue forces. A total of 505 trapped people were rescued and 1,454 people were evacuated. 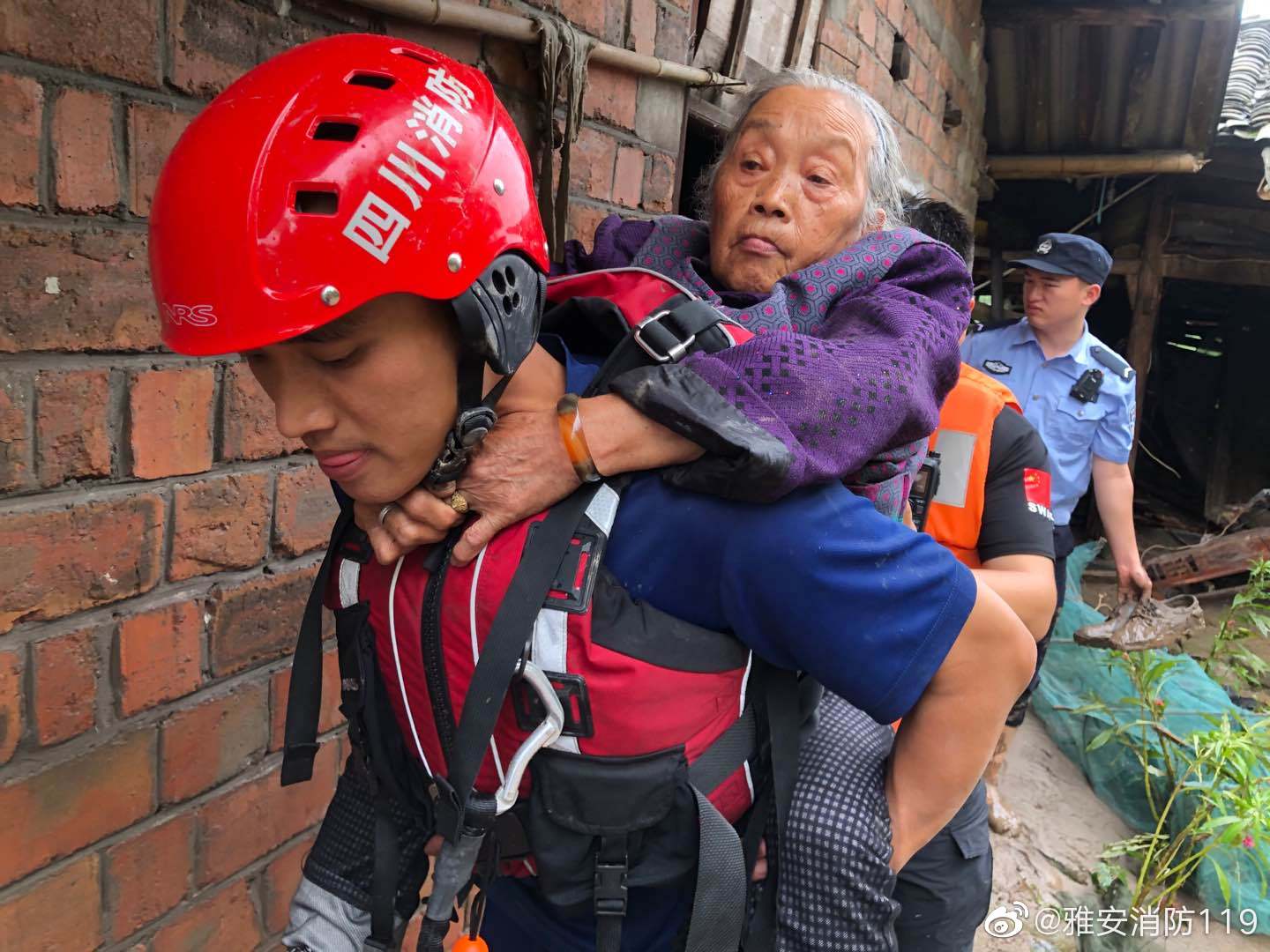 On August 18, a catastrophic flood occurred in the Ya'an urban section of Qingyi River, and Ya'an fire fighters were instrumental in transporting the trapped elderly (according to the official Weibo of Ya'an fire rescue)

In the early morning of August 18, a catastrophic flood occurred in the Ya'an urban section of Qingyi River, and the Qingyi River, Dadu River and Minjiang River basin exceeded the secured water level. Waterlogging occurred in Yucheng District of Ya'an City and a large number of people were trapped. ‪At 4:12‬, fire rescue teams found that old people were trapped on roofs, houses were seriously damaged and surrounding waters had left them marooned on “islands”. Firefighters rescued 164 trapped people and evacuated 210 people.

On August 18, the Fengzhou Island Connecting Bridge in Leshan City submerged and the firefighters evacuated those trapped (Sichuan Fire Department) 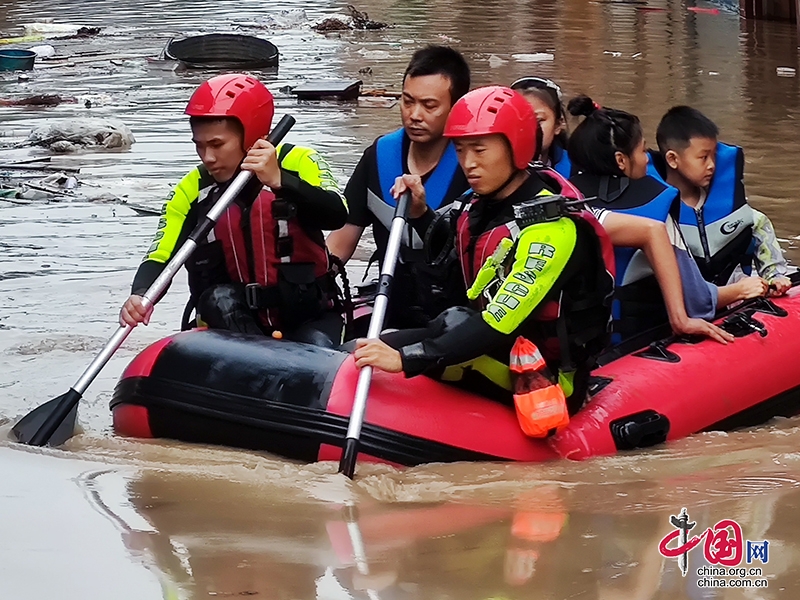 Since the early morning of August 18, the Tuojiang River, which flows through Da'an district and Fushun County of Zigong City, ushered in flood peaks one after another, resulting in varying degrees of danger in many areas under the jurisdiction. Zigong fire rescue organized rescue forces to fight on the frontlines. Apart from filling sandbags to block the spread of flood, the Fire Department of Zigong City used rubber boats and assault boats to rescue people. As of 14:00 on the 18th, fire rescue forces had successfully rescued 50 trapped people, including 36 elderly people and two children. 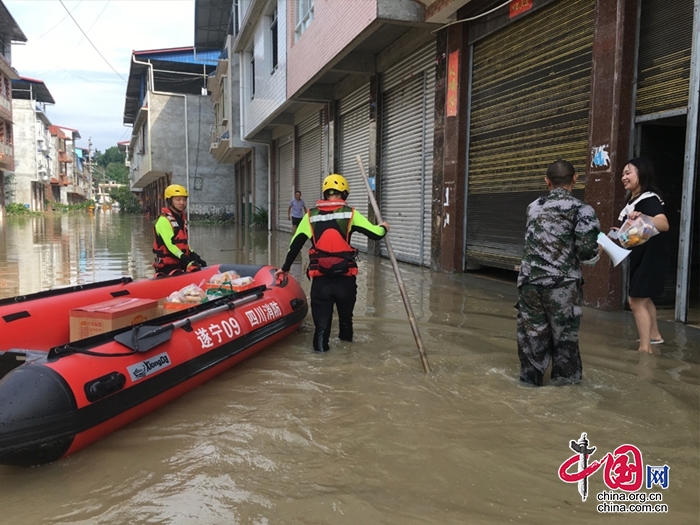