The 55-year-old master of Shu embroidery would stop her daughter if she found her stitches were imperfect.

The scenario takes place in the Chengdu Shu Brocade and Embroidery Museum in the capital of Sichuan province, where the Pengs are staff members.

Caroline Portsmouth, an English teacher from Britain, enjoys visiting the museum, which has joined the must-see list of many other sights in Chengdu.

"I like the museum because I like silk. The museum narrates the history of the Chinese silk industry and displays exquisite works of Shu embroidery and brocade, two important symbols of the 3,000-year-old city," she said.

China is the cradle of the silk industry and people began using silk in primitive cultures at around 7,000 years ago. Silk fabrics have been produced in the Yellow River and Yangtze River valleys for over 5,000 years.

Sichuan's history of sericulture can be traced back to more than 4,000 years ago, when the province was called Shu.

More than 2,000 years ago, Sichuan's brocade was exported throughout Asia via the South Silk Road during the Warring States Period (403-221 BC).

The ancient silk trade route started in Chengdu, passed through Yunnan province and then on to Myanmar, India and Central Asia, ending in Europe. It started 200 years before the North Silk Road, said professor Tu Hengxian of the College of Textiles of the Shanghai-based Donghua University (formerly China Textile University).

Together with the Song and Yun brocades of Jiangsu province and Zhuang brocade in Guangxi Zhuang autonomous region, Shu brocade is one of China's four most famous schools of brocade. It is the oldest school, from which the other three evolved.

So important was Sichuan's brocade trade by the time of the Western Han Dynasty (206 BC-AD 24), a special official bearing the title Brocade officer was appointed by the emperor.

The Brocade officer is like today's minister of textiles. Instead of working in the capital Chang'an, which is today's Xi'an in Shaanxi province, he stayed in Chengdu, said Huang Nengfu, a professor of arts and design at Tsinghua University.

Brocade refers to the colorful silk woven textiles. It is the most elaborate and gorgeous textile treasure.

"Due to its complex production technique, high cost of time and labor, the price of brocade used to be as high as gold," said Xie Huiru, a 90-year-old former weaver, who started learning brocade-making at the age of nine because of poverty. 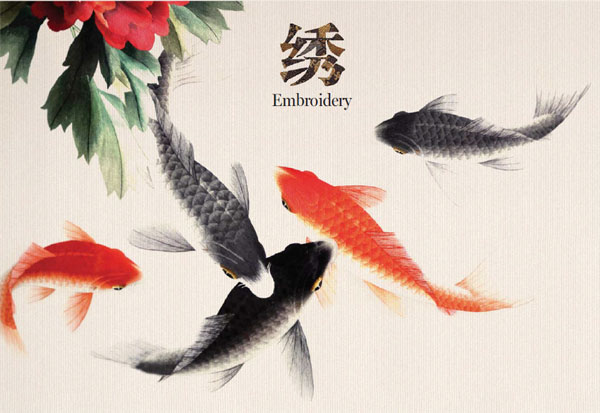