At 9'o clock every morning, with the ritual beating of sheepskin drums and a bevy of dancers dressed in red, Qiang city in Maoxian county starts its traditional gate-opening ceremony to welcome visitors. 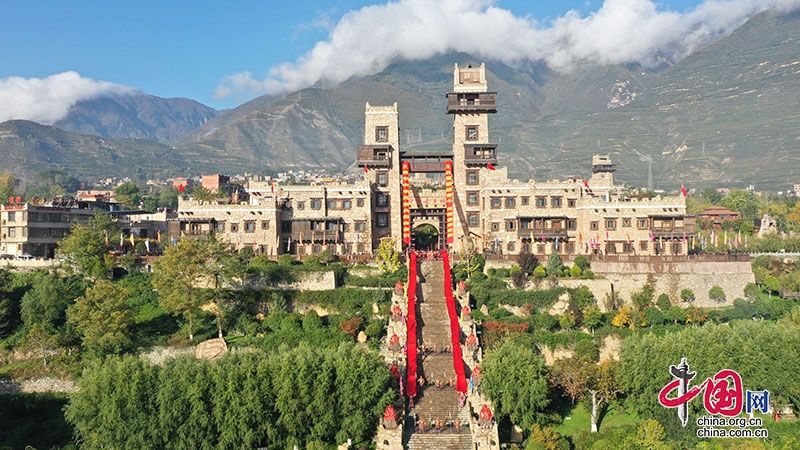 Located in Fengyi Town, Maoxian County, China’s ancient Qiang city covers an area of more than 0.4 square kilometers and has an investment of nearly 600 million yuan. The ancient city boasts of the largest land area, the largest investment amount, the largest construction, the most complete cultural protection facilities and the richest cultural vitality display in China. It also has the largest ancient Qiang castle building complex and the most concentrated cultural heritage body in history. 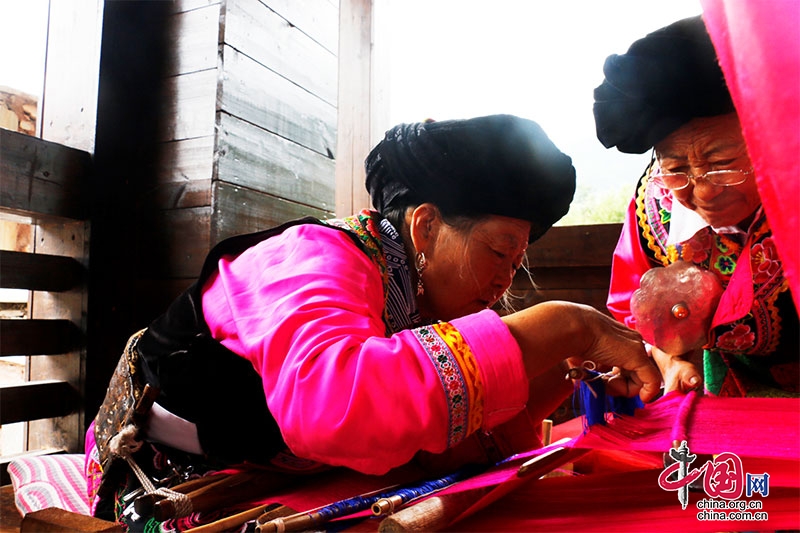 ‘The ancient Qiang city is a window to the Qiang culture,’said Chen Xiuhua, 72, who along with a group of sisters — about the same age — displays the skills of Qiang embroidery to visitors every day.

‘I'm going to stay here till I can't do it,’ said Wu Guiyun, 69, a performer whose traditional iron making skills draw crowds.

‘Even when you are old, you can still find the value of life here,’according to performers. Like Chen Xiuhua and Wu Guiyun, there are more than 600 people who have put their skills to use to display the ancient Qiang culture. Most of the artisans are 60 years old on average. Many have found their calling or second careers here. 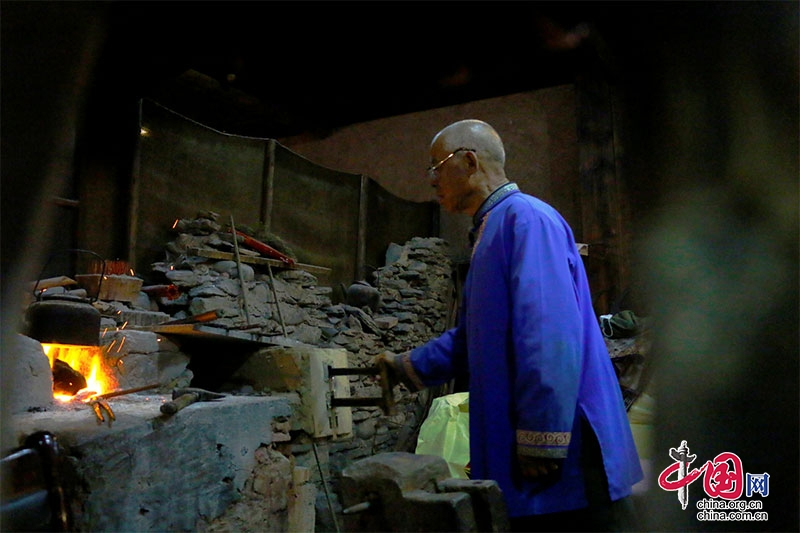 ‘In the past, those who inherited traditional skills from their ancestors were scattered around the country and busy trying to earn a living. This left them little time to pass on the culture and their skills to apprentices. So we invite these cultural conservators to the Qiang city to practice as well as teach others. This will help revive the endangered Qiang culture,’ Chen Haiyuan said. Today, the ancient Qiang city has become a live and thriving exhibition of Qiang culture. There are at least 50 such artisans here who are conserving this intangible cultural heritage.

Qiang is the only group among the original ethnic groups of China whose existence has been recorded in oracle bone inscriptions with ethnic surnames and the only group which has preserved its original ethnic origin. It is known as the ‘living fossil’ in the evolution history of the Chinese nation. ‘In Qiang City, there is no lack of culture. What we need to do is to better integrate culture and tourism while giving full play to cultural advantages,’said Chen Haiyuan. He added that in order to promote the in-depth integration of culture and tourism, Qiang city has been turning high-quality cultural resources into high-quality tourism resources, gradually bringing diversified culture to the public and enriching tourism formats.(By Edina Liang)