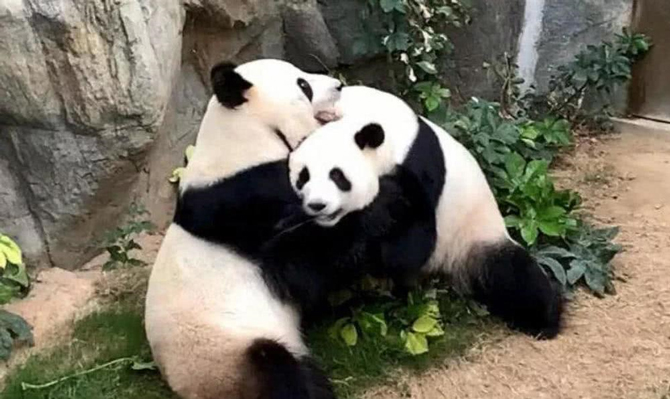 Giant pandas in captivity face three issues — estrus, breeding and conception, and survival. Female giant pandas only experience estrus once a year in spring, for about three days. They also need to mate in a natural and consensual way to boost chances of pregnancy. If that narrow window is lost, giant pandas will lose the chance to mate. This is why natural mating of giant pandas is rare. Yingying and Lele arrived in Hong Kong in 2007 and have been trying to mate naturally since 2011.

Ocean Park said that since late March this year, Yingying and Lele have displayed estrous behavior. "Since the end of March, Yingying has been more playful, spending a lot of time playing in the water, while Lele has left its scent around Yingying’s habitat and searched the area for Yingying's scent." After close observation, the staff gave them the chance to mate naturally when they had reached the peak period of estrus. 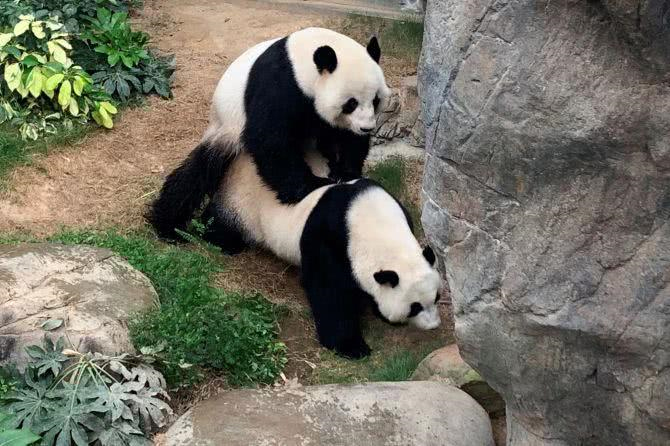 "It's very exciting for all of us that the mating was natural because the odds of pregnancy through natural mating are higher than those through artificial insemination," said Michael Boss, executive director of animal and conservation at Ocean Park. It is too early to judge whether a baby panda is on its way, but the staff will monitor Yingying closely for changes in behavior and physical conditions.

In 1999 and 2007, the central government presented two pairs of giant pandas to the Hong Kong SAR — Jiajia and An'an, and Yingying and Lele. All were from Wolong Nature Reserve in Sichuan Province and kept in the marine park for breeding. Jiajia, a giant panda, died in 2016. At present, three giant pandas, An'an, Yingying and Lele are being raised in Ocean Park.（By Edina Liang）